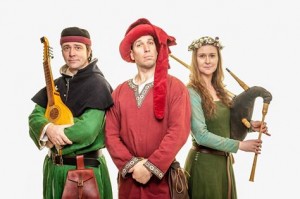 Acclaimed historical theatre company Blast from the Past present a new version of Geoffrey Chaucer’s timeless classic The Canterbury Tales.

Written in the late 14th century, The Canterbury Tales is the high-water mark of medieval English literature. Based around the concept of a disparate group of pilgrims to the shrine of Thomas à Becket at Canterbury Cathedral who tell each other stories to while away the journey, it paints a rich and vibrant portrait of life in medieval England.